In July 2013, 31-year-old Miwa Sado, a reporter for Japan’s national broadcaster NHK, was found dead in her Tokyo apartment. She had died from heart failure. It was later revealed that Sado had logged 159 hours and 37 minutes of overtime at work in the month before her death. Sado’s death was officially designated as a “death from overwork”.

So common are cases of people dying from overwork in Japan that the country has a special term for it, karoshi. The first case of karoshi was recorded in 1969; according to government data, Japan had 190 deaths from overwork in 2017.

Earlier this year the Japanese government introduced a law limiting legal overtime work to 45 hours a month, with an extension of up to 100 hours a month in busy periods for a maximum of six months a year. But many remain doubtful it will rein in Japan’s toxic overwork culture.

“There remains considerable pressure on employees to prove themselves by long hours,” says Jeff Kingston, director of Asian Studies at Tokyo’s Temple University. “As long as this samurai work ethic prevails, it’s hard to be optimistic.”

A study this year by the securities company Kisi found Tokyo to be the most “overworked” of 40 international cities. Its index comparing work-life balance in different cities found Tokyo residents worked an average of 42 hours a week and had the earliest start time of all cities at 8:57am. But despite being notorious for long working hours, cities in Japan have relatively low productivity levels. According to the latest OECD data on productivity, which is calculated by dividing GDP per capita by the number of hours worked, Japan is the least productive country in the G7; the US is roughly 59% more productive. 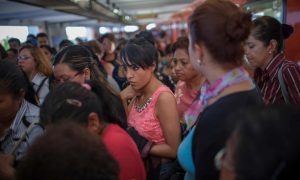 Meanwhile, an annual report by the Swiss bank UBS looking at the number of hours worked in different cities found Mumbai, India’s largest city, to be the world’s hardest-working city, clocking up the longest average working hours of 3,315 per year per worker. At the other end of the scale was Lagos, where the average worker clocked up 609 hours per year. Out of the 77 cities ranked, Tokyo came in 32nd place with an annual average of 1,997 hours, less than London (2,022) and New York (2,046).

But as with the case of Japan and other cities, working long hours does not necessarily equate to high productivity. According to the UBS study, Mexico City is the world’s third-hardest working city, with the average worker clocking up 2,622 hours per year. However, Mexico is the least productive of 38 countries listed in data from OECD — managing $18.8 (£15) in GDP for every hour worked. Ireland, the most productive, creates $84 in GDP for every hour. And with an annual average of 1,856 hours, workers in Ireland’s capital, Dublin, work considerably fewer hours than their counterparts in Mexico City.

But despite evidence to suggest working less hours can have a positive impact on productivity levels, overwork continues to plague many cities. The Chartered Institute of Personnel and Development surveyed 5,136 people as part of its 2019 UK Working Lives Study, and found that one in four workers overwork by at least 10 hours per week. The study also revealed that one in three workers say they have too much work to complete in their job and one in five do not have the time to do their job in their allocated hours.

“Employers are often resistant to the overwhelming evidence that long working hours do not equate to good performance,” says Prof Gail Kinman, an occupational health psychologist from the University of Bedfordshire. “In fact, the opposite is true. The longer people work, the poorer their performance will be, resulting in poor concentration and memory, compromised problem-solving and creativity.”

Kinman also warns that chronic, long working hours can have a major impact on mental and physical health because people’s resources are drained and not adequately replenished by rest.

With job opportunities a common pull factor for people moving to urban areas, the problem of overwork can be particularly acute in cities. How can a better work-life balance be established?

According to the Kisi study, Singapore has the highest percentage of people working more than 48 hours a week. “Singapore is overall thought to be a very liveable city, but the analysis showed that citizens have one of the highest stress scores,” says Bernhard Mehl, the company’s CEO. 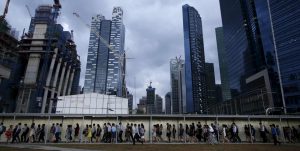 “After publishing this study we’ve had cities calling us to understand what they can do better, and it’s really about comparing yourself to the average to see where your deficits are that could drive a change-focused agenda.” In the case of Singapore, Mehl suggests that “offering more programmes around mental health and shaping the conversation around stress relief might be a good idea”.

In more broad terms, Kinman says it is critical to set boundaries. “Switching off from work (physically and mentally) is essential to ensure mental and physical health and a happy and fulfilling personal life,” she says.

“Plan holidays and short breaks through the year in advance; use mindfulness to help you switch off; practice self-compassion and prioritise self-care.”